10 Most Interesting Excursions in Voronezh

Voronezh is a beautiful ancient Russian city with a rich history. Excursions in Voronezh will help you to get to know the city from different angles. Both travelers who prefer to use guidebooks and locals who like to just wander in the streets and squares at weekends, could find it useful to join at least a general sightseeing tour. Tour guides who know and love Voronezh will tell you many new and interesting things about the history and architecture of the city, its poets, writers, scientists and other wonderful people. Many excursions are especially interesting for students and young children.

For those who came to Voronezh for the first time, an excursion around Voronezh accompanied by an experienced guide will be useful and fun. The bus ride around the most important historical sites usually takes several hours. The sightseeing tour of the city includes a visit to the “Goto-Predestinatsia” ship-museum, as well as the Uspenskaya Church, the oldest stone building in the city, built in the years when the first Russian emperor led the naval industry.

During the sightseeing tour of Voronezh the tourists visit the Pokrovsky Cathedral, the bell tower of Alexeyevo-Akatov Monastery, Koltsovsky Square, where the monument to A.V.Koltsov is erected, and the humpbacked Kamennyy Most stone bridge, built almost 200 years ago. It is possible to reserve your spot on the website or by phone at +7 (473) 253-05-58. The cost starts from 3000 rubles for a group walking tour. You can also order a sightseeing tour by car with a visit to the Museum of the Regional Studies, the cost is 6700 rubles.

When the weather is good, we recommend you go on a walking tour, using the services of a professional guide. One of the routes of sightseeing in Voronezh, called the “not boring square”, starts from the monument to Peter the Great, which became a symbol of the city. The tourists will then walk along the main streets, see the buildings built in the 18th – 19th centuries in the Empire style, witness some Art Nouveau and European Baroque along the walk, and visit the Blagoveschenskiy Cathedral, one of the largest in Russia.

During the excursion by foot in Voronezh, your guide will tell a lot of interesting facts about the history of the city, how the city changed its appearance, about famous people who lived here or visited the city. There are about 20 different routes in total! The cost is around 250-350 rubles per person. Guides: Lidia, Olga.

Voronezh is the birthplace of many poets and writers, so the tour of literary sights is very interesting. You will visit the square with the monument to A.V. Koltsov and the Literary Necropolis, where the tombs of the poet and his family are located. Also buried here are the author of stories from folk life, E.M. Militsyna and Voronezh democrat poet I.S. Nikitin. A visit to his house, which nowadays is a museum, is also included in the program of the excursion. Guests can see the monuments to the writer A.P. Platonov, a native of Voronezh, and the poet O.E. Mandelstam, for whom the city was a place of exile. A.A. Akhmatov came here to visit him. One of the symbols of the city is the monument to “White Bim”, the dog hero of the novel “White Bim with the Black Ear” by G.N. Troepolsky, who was born in the Voronezh region, lived in the city for many years and has been buried in Voronezh as well.

Excursionists will learn about other writers and poets who lived in the city, or who visited it in different years, will see monuments and commemorative plaques. You can order by phone at +7 (473) 253-05-58. The cost of the excursion is 450 rubles per person.

4. Defenders of the Fatherland from Voronezh

During the Great Patriotic War the defense line passed through the cit. The troops of the Voronezh front resisted the Nazis for 212 days. The excursion “Defenders of the Fatherland from” is a bus trip to the places of military importance. Excursionists visit the Diorama, the memorial “Chizhovsky foothold“, Victory Square (Ploschad Pobedy), the Rotunda. Each place has its own amazing story, which will be told in detail by a guide. For example, the Rotunda used to be the building of the regional clinical hospital, built in the 30s of the twentieth century and bombed by the Nazis. The ruins were not removed, to stay as a memory of the fact that 90% of Voronezh had been destroyed by the time of liberation in January 1943.

5. Excursion to the “Goto-Predestinatsia” ship

In 2014, near the Admiralty Square in Voronezh, a replica of the first Russian battleship “Goto Predestinatsia” was moored, which copies the original up to the smallest detail. The fate of the ship was not particularly heroic: it participated in the Azov campaigns, but did not enter into any battle. Later it was sold to Turkey, because there was no technical possibility to transport it to the Baltic Sea since the sultan banned the passing through the Strait of Dardanelles. But the very fact that this ship was built under the direct leadership of Peter I, and was the literal beginning of the Russian fleet, writes the name of “Goto Predestinatsia” in history forever. There is a captain’s cabin with all the decoration, jewelry, an imperial bed and a full-length figure of Peter the Great, a sailor’s cockpit with hammocks, a table and real dishes of that era and much more interesting details to discover.

The schedule of excursions to “Goto Predestinatsiya” can be found on the official website www.firstship.ru. You can sign up by calling +7 (903) 853-61-60. The fee for adults is 200 rubles, for students, children and pensioners – 100 rubles.

The Sholto Chocolate House in Voronezh is located at 67/1, Minskskaya Street. The company is still very new, as they opened in 2014. The owners set themselves the task of creating sweets based on the imagination, desires and passions of the consumers. An excursion to the chocolate house is basically a professional master class, which lasts for about an hour to an hour and a half. During this time, the chocolatier will tell you a lot of interesting facts about the production of chocolate, its types and properties. Under the guidance of a specialist, guests will be engaged in molding chocolate bars of various shapes and decorating them with nuts, berries, pieces of fruit and various figurines. The resulting work of art can be taken home with you. This excursion is an amazing experience for children!

Reservations at the website www.sholto.ru/masterclass or by phone on +7 473 232-39-44. The price of the workshop is around 600-900 rubles per person, depending on the size of the group. Watch the video about the “tasty master class”:

The Voronezh Toy Factory has a long history, beginning in 1927. Since 1982, the company produces toys from PVC-plastic using Italian and German machinery. Nowadays, the entire technological process from raw materials to the final molding, the mechanical and manual painting, sewing and packaging is performed at the factory. During the excursion to the factory, children over 7 years old will get acquainted with all stages of toy manufacturing, and also will take part in the master class on hand painting of the toys. A hand-painted toy can be taken home with you as a souvenir of your trip.

The factory is located at 74a, Pesce Streletskaya Ulitsa. The official website of the factory is www.pkfigrushki.ru/roditeliam. Applications for group excursions from school principals are accepted at the factory by phone on +7 (473) 263-71-59 or on the website of the travel agency https://lider-tur36.ru. The cost of the excursion is about 1000 rubles per person.

8. Excursion to the Beer Brewery

The Russian Chernozem zone, the capital of which is the city of Voronezh, has excellent barley – so the beer produced in the city is famous for its rich taste and excellent aroma. Excursion to the Voronezh Brewery (Ulitsa 9-go Yanvarya 109), founded in 1936, will be interesting to all beer lovers. The guests will be able to see the production process from the inside, and visit the functioning workshops.

Experts will tell about the history of beer brewing in Voronezh, answer any questions, e.g. why some beer is dark and other beer is light. During the tasting, excursionists will be able to taste different kinds of beer, and experts will talk about the culture of beer consumption and its combination with various products and dishes. Reservations can be made at www.vpivzavod.ru or by phone on +7 (473) 261-98-29. Group tours of around 25-30 people. Without the beer tasting, the entrance is free of charge. If you want to participate in the beer tasting, entrance fee is 100 rubles.

9. Excursion to the Voronezh Airport

Nowadays, it is difficult to find a person who has not flown or at least has not been to an airport. Nevertheless, the life of this complex is largely hidden from the eyes of ordinary passengers. An excursion to Voronezh International Airport is very interesting and educational. Excursionists will inspect the aircrafts and some special equipment designed to service them, as well as get acquainted with all the different services at the airport terminal. The guests will witness the extinguishing of an educational fire, learn how the employees of the ornithological service control the population of birds, and visit a real bomb shelter. At the end of the excursion, everyone will have lunch in a real in-flight catering style.

10. Excursion to a Confectionery Factory

The Voronezh Confectionery Factory is one of the largest confectionery factories in Russia, which has a long, pre-revolutionary history. Bus excursions to the factory will be super-fun for children. First, the excursionists will travel to places in Voronezh related to the establishment and development of confectionery production. They will visit the castle of Princess Oldenburg in the village of Ramon. The princess was the founder of the Voronezh confectionery factory and has received numerous awards for her products at international exhibitions. After the revolution, the Princess of Oldenburg emigrated, and the castle is now declared a cultural heritage monument. At the factory the tourists will get acquainted with the production process and take part in a masterclass. 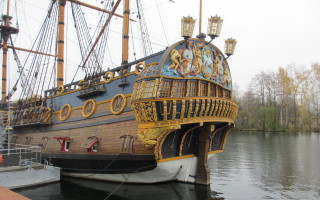 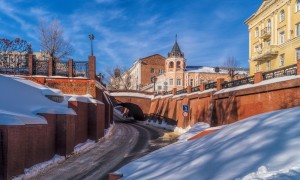